‘Picard’ reveals what the season is actually about

So, now that I see the full picture, I realize what season one of Star Trek: Picard is actually about.

It’s not about the Romulan refugee crisis. It’s not about the reclamation project going on in the derelict Borg cube. It’s not about the Zhat Vash or the Tal Shiar or undercover Romulan commodores, or the attack on Mars or the synth ban. It’s not about catching up with Hugh or Riker or Troi or Seven, or about Soji learning her true identity, or Raffi drinking and vaping all the time, or Rios and his holograms, or everyone trying to track down Bruce Maddox only so that Agnes could kill him, or about the robot apocalypse.

Oh, sure, it was sometimes very much about all those things. But, ultimately, it wasn’t about them. Thematically, emotionally, spiritually — nah. I see now that all those things were basically very elaborate and prolonged MacGuffins. The means to an end. They don’t matter, except to fill 10 episodes of screen time, to distract us, to misdirect us, and hopefully entertain us along the way (with variable degrees of success).

No, what this season of Star Trek: Picard is actually about is Picard saying goodbye to Data.

Sobering and trivial reflections on a 25th anniversary

Every five years in March, I seem to write this same article reflecting on the history of Jammer’s Reviews and/or the unstoppable passage of time. This marks the fifth of those five-year articles. That I’ve done this website for 25 years and am still doing it is something worth noting. I will continue to take note every five years (as long as I and my website are still here), because they provide markers for myself even if no one else cares. I looked back at some of those previous anniversary articles and grinned while taking the trip down memory lane.

But it feels different this time, because as I check in today, the COVID-19 crisis continues to escalate in the United States and across the world. Had I written this even three weeks ago as I’d originally planned, I might not have mentioned the coronavirus at all. Yes, it was definitely already happening and was a serious concern, but it was still a slow march seemingly far away, something to keep an eye on but not all-consuming. Things have escalated quickly. END_OF_DOCUMENT_TOKEN_TO_BE_REPLACED

It’s hard to render a proper verdict upon "Et in Arcadia Ego, Part 1" when "Part 2" is still waiting in the wings, but based on what I see here, my hopes are fading fast.

The thing about building out a single plot over 10 episodes is that you are really putting your eggs in one basket — all but demanding the audience to expect a well-thought-out, compelling through-line, as opposed to a half-baked movie plot that’s simply longer. (Many frequently cite Lost as the reason why we are where we are today with TV structures like this season of Picard. I disagree. Netflix, with its endless supply of made-to-binge shows, is why we are here. Lost was an episodic character anthology series just as much as it was a serialized arc show, and there were tons of plots on that show, not a single plot being told over 10 — or in its case, up to 24 — installments. I wish more shows had the varied structure of Lost.)

"Broken Pieces" is an effective if imperfect Answers Episode that finally puts pieces together and confirms suspicions that have been building across the previous seven shows, setting us up for the final two installments, which will presumably close out the season arc. This episode features a lot of dialogue and explaining, much of it in the TNG tradition of situational analysis, and I appreciated the way it had characters discussing in detail what they now understand, for their and our benefit.

After "Stardust City Rag" appeared at the time to be a potential season-killing episode, Picard has come back with three winners in a row and now heads into the home stretch with the ability to go out with a successful season, provided they can effectively end this thing.

‘Nepenthe’ wonderfully delivers all the feels 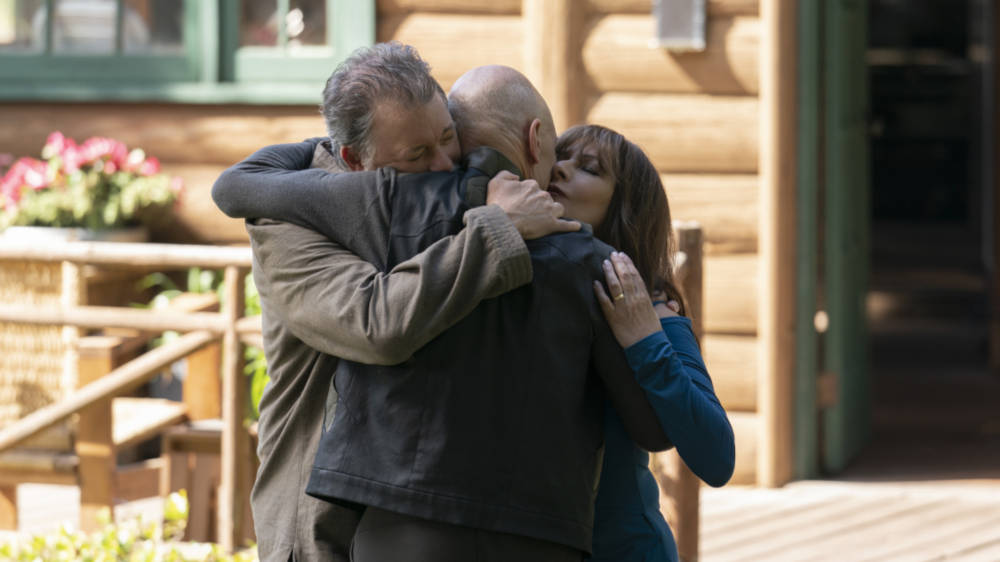 "Nepenthe" is this series at its most relaxed and natural, and it delivers all the feels for what is perhaps the best Picard outing yet. It’s refreshing to see the writers and producers of this show are capable of using the serialized Trek format to tell self-contained character stories that don’t feel like info-dumps of plot exposition.

In the past I’ve focused a lot on whether or not episodes of this series have moved the plot forward. "Nepenthe" is proof that you don’t need to move the plot forward hardly at all if you instead allow the characters to breathe and be the people they are, and reflect on their situations with thoughtfulness and self-awareness. I suspect TNG fans will find, as I did, that this feels the most like what we probably felt a decades-later TNG sequel should feel like. It does this not just by bringing back Riker and Troi in major guest appearances (although, to be clear, that certainly goes a long way), but by providing dialogue and reflection that considers the past, the present, and the choices that have been made.