For good and ill, ‘Prologue’ brings the crazy 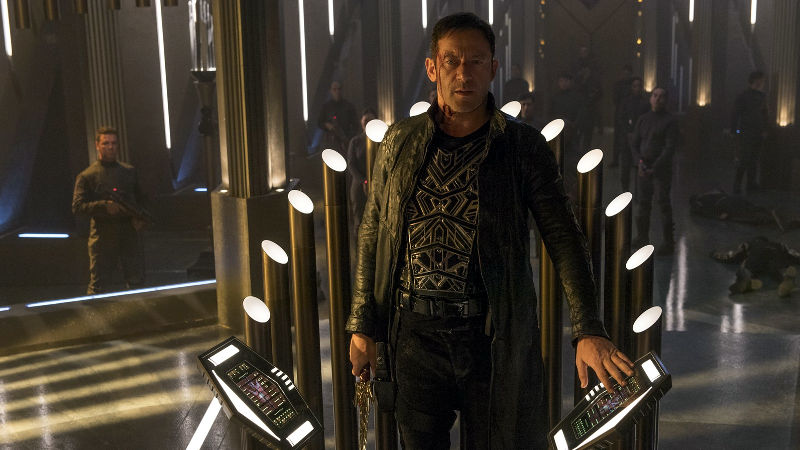 “What’s Past Is Prologue” is an apt title given all that has happened on this season of Discovery. It’s ironic when considered in the meta-context of this season’s twists and turns, which render entire characters as discarded prologues. The more I look at this season, the more I think the whole thing must be a prologue to a more normalized second season, because this level of crazy just can’t be sustained. This episode is proof of that; after having spent 10 to 12 episodes setting up the pieces that lead here, we promptly close the book on a number of them, for good and ill.

This episode is simultaneously better and worse than I had expected. It makes a mockery of my concept of episodic star ratings, because serialized mysteries and deferred payoffs, while intriguing, are hard to grade from week to week with any sort of consistency. I enjoyed watching this episode probably as much as or more than any this season — and at the same time I was also more annoyed by it. Discovery has shown itself to be a compulsively watchable nuts-and-bolts plot-moving vehicle. And the writers surprise here with a visceral hour that burns through the rest of the Mirror Universe arc at an almost stunningly furious pace, leaving the last two episodes of the season to deal with other business. The writers should be commended for not prolonging this needlessly. It’s an efficient job, and frequently exciting.