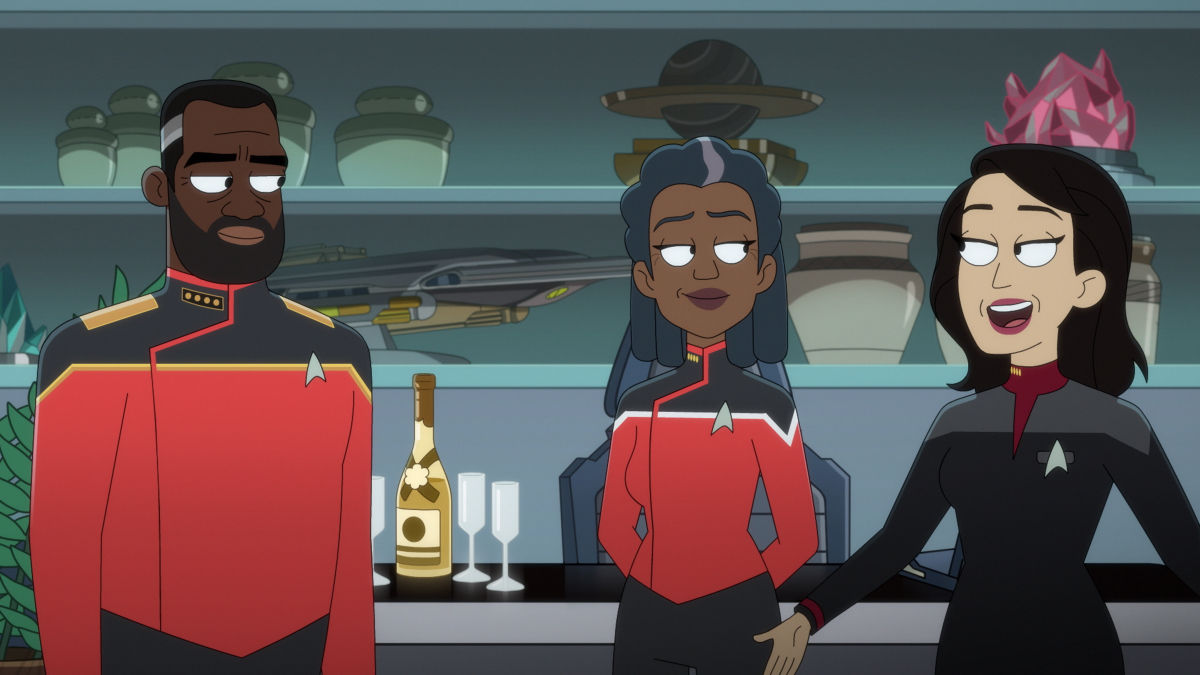 The Cerritos is assigned to its first First Contact mission, assisting the USS Archimedes under the command of Freeman’s old friend Captain Sonya Gomez (Lycia Naff, returning for an animated version of a character she played in just two episodes on TNG more than 30 years ago, and yet who seems to loom much larger in fan circles than most guests with such limited appearances). This happens while Freeman is on the verge of a promotion that will take her to a new ship, leaving her daughter and crew behind. Freeman has not shared this information with anyone yet, but when Mariner overhears her talking about it, the cat is out of the bag, because Mariner proceeds to blab to the rest of the crew (who are not happy to learn this) out of pure spite.

This opens a new conflict between Mariner and her mother, and while it ultimately will circle back around to "Mariner is just acting out because she loves her mom and feels sad about the prospect of her leaving," it can still be a little tiresome to have the characters retread such traveled ground, especially after the various breakthroughs we’ve had on this front (especially in "Crisis Point," which remains the series’ best episode).

Well, imagine that. Right after I expressed my disappointment with the bulk of this season, Lower Decks went and turned itself around and put itself on a multi-episode roll. Now we have "wej Duj," the best episode of the second season so far, and one that works because it makes the effort to tell a solid story, link multiple threads together, expand the series’ scope, and find a good deal of humor without needing to do a lot of "jokes."

This is like the "Lower Decks" of Lower Decks, in that it finds novelty in an off-format presentation, featuring a bunch of characters we’ve never met before. The episode is seen from the point of view of not just the Cerritos Lower Decks, but also the Lower Decks on a Klingon Bird of Prey and a Vulcan science vessel. That these three strands are on a collision course probably goes without saying, but one of the pleasures of this episode is seeing these vastly different takes on low-ranking officers and seeing how all their stories inevitably converge.

Without Kirk, who can outsmart the computer? 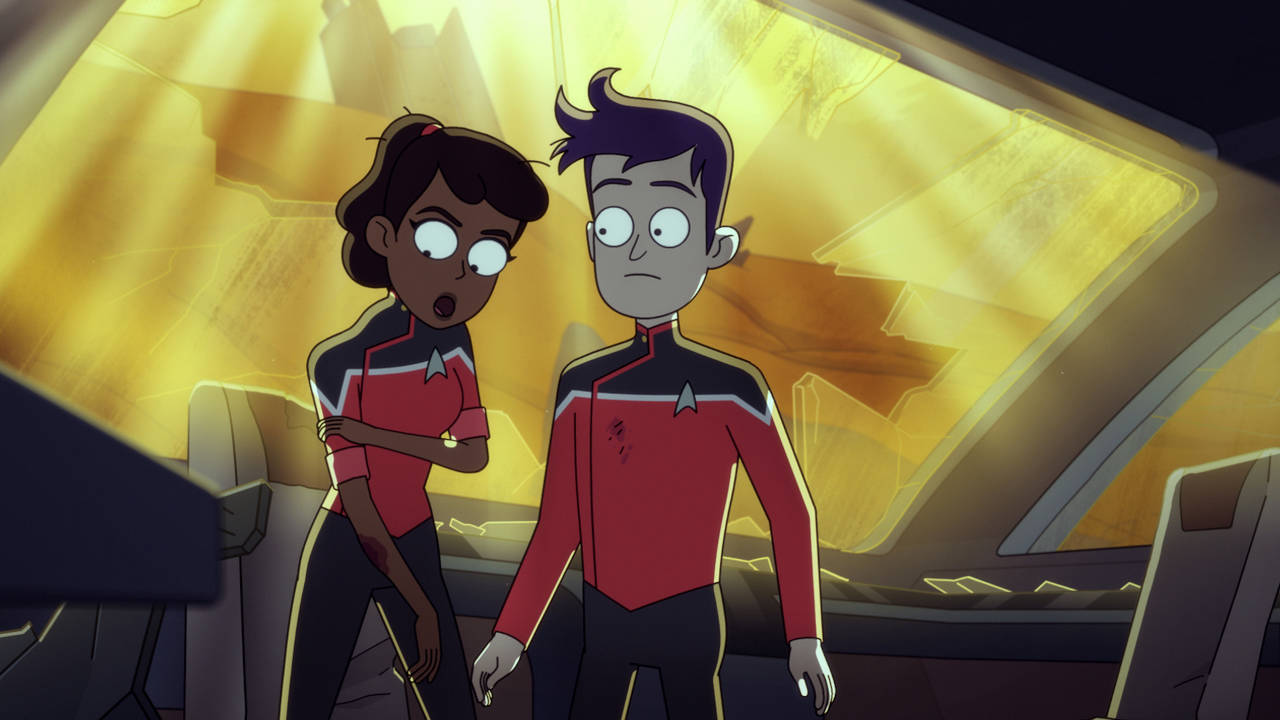 "Where Pleasant Fountains Lie," the best episode of the (overall disappointing, so far) second season, is proof that less is more when it comes to the things most typically associated with Lower Decks. Less freneticism, fewer Trek references, less obviousness. Instead, this is a story that has a solid couple of stories and runs with them. The episode mostly plays it straight, but the humor and fun are baked into the situations rather than glopped on top like a distracting frosting. The reference that stood out for me was the joke about phaser rifles: "How are those different from regular phasers?" "Uh, they take two hands?" Yes. Nailed it. Fun-poking, subtle, and short. The trifecta, if you’re going to do a joke like that. And it works because it’s one of a few, rather than one of so many.

Endings are hard. This we know.

The Rise of Skywalker had the pressure to not only resolve a trilogy, but three trilogies. What I’ve learned over the years is when it comes to any long-standing work of pop entertainment, the creators have an almost impossible job, because they can’t please everyone. The reality is that we all find it fun to imagine our version of the final chapter of a movie or TV series. But the creators have the responsibility of having to actually make a choice and do something. They can’t do everything. And their choices will not please everyone.

My long-delayed review of this movie is not likely to please everyone, either. Or maybe anyone. Like my Star Trek Into Darkness review, I feel like I’m alone in the wildnerness by not hating this movie, and actually sort of liking it.

Looking for things to make us go

Any day now, Captain Freeman is going to get that big break that will earn her a promotion off the Cerritos — but, okay, probably not. With that perpetually confident look of swagger on her face, I feel bad that she’s convinced herself she’s going to impress bosses that don’t care. This week she’s assigned to a diplomatic mission to engage the Pakleds on their homeworld (which, appropriately prosaically, is called "Pakled Planet") and finds herself in the middle of a planetary power struggle. Meanwhile, a Pakled beams aboard the Cerritos and requests asylum, but is very clearly actually a spy trying to get information. The crew decides to go along with it to see what happens. If you thought the twist would be the Pakled is smarter than he looks, then you would be wrong, because the twist is that there is no twist.