My review as ‘Doom’ gets a reboot 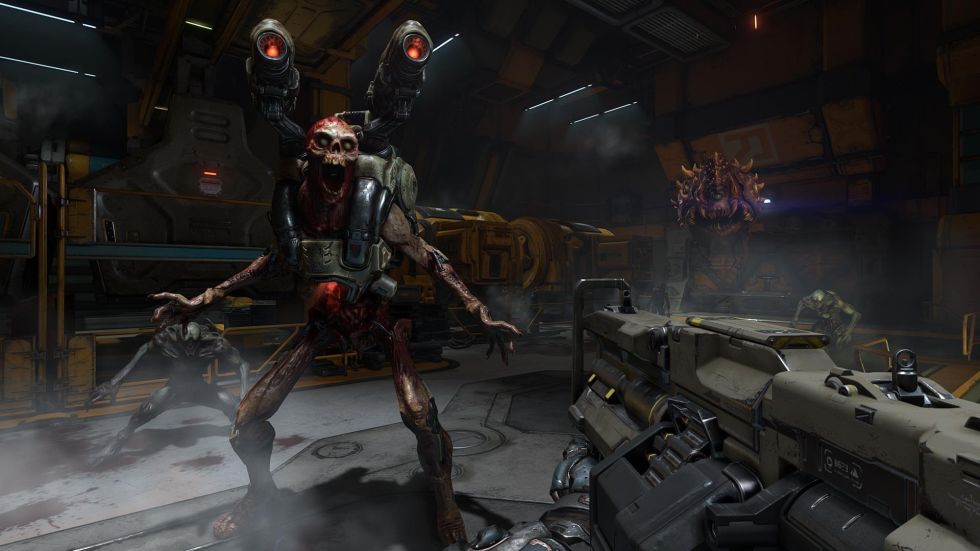 I have to admit the headline above is intentionally misleading, because it makes this missive look like a review of something new rather than a look at something old. But although Doom has indeed been rebooted, this is not a review of that reboot. Rather, it’s using the reboot as an excuse to offer up my retro reminiscence through the Doom mania of the mid-1990s through my own personal lens, the only period of time which I could be considered anything close to a “gamer.”

Although I have a deep affection for the classic video games of the 1980s and ’90s, I can probably not be called a “gamer” — even though I’ve probably played hundreds of hours of video games. (I won a trip to Florida in 1993 by absolutely crushing my competition in a high-scoring contest of the original Super Mario Bros., although that’s a whole other tale for another time.) In my mind, “gamer” represents a more modern definition that implies multiplayer shooters, RPGs, or at the very least sports. Wii Bowling — probably not so much.

Yes, I own three versions of Nintendo, going from the 8-bit original to the second-generation 16-bit Super, and then skipping several generations to the original Wii, the latter for which I own perhaps three games and would break out usually only for (mostly drinking-based) parties back before my kids (and my friends’ kids) were born and we had time for such things. But I don’t consider those platforms ones that would make me a “gamer,” and besides, my game-playing days were left behind with those early-generation Nintendo games in my teenage years. END_OF_DOCUMENT_TOKEN_TO_BE_REPLACED 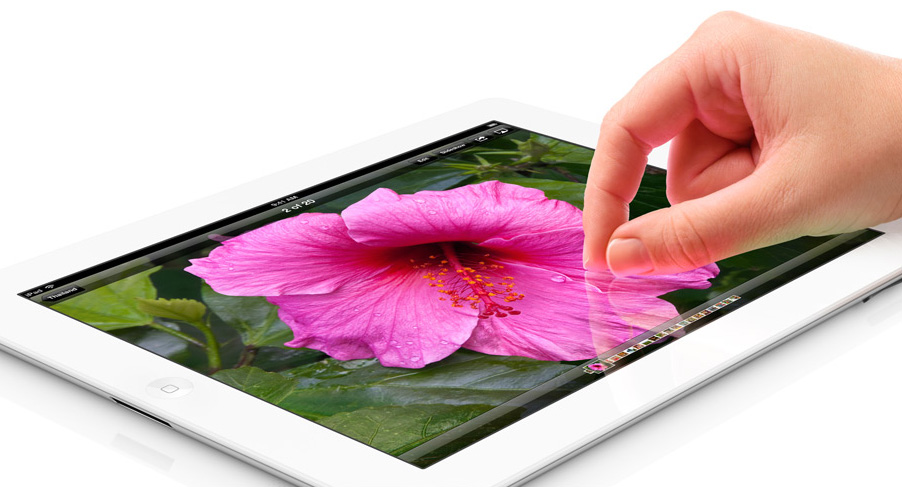 Another year, another iPad. I’m still not sold. (Apple photo)

The new iPad was announced yesterday. I thought it would be a good time to reassess my position from two years ago since the first iPad came out. But as I have for the past two years since Apple supposedly redefined the computing landscape, I can only shrug.

Now, I understand that I must not represent the market at large, but based on how much the iPad costs in its various incarnations, and what you gain from it, I just still for the life of me cannot wrap my head around its blockbuster popularity, let alone this notion that it has redefined the future of computing by ushering in an era of tablets that will soon supposedly become more often purchased than laptops or desktops. END_OF_DOCUMENT_TOKEN_TO_BE_REPLACED

The TRT-909: An engineering marvel

The TRT-909 Track Renewal Train is a train upon a train, with its own rails to transport this tie ferry.

Ever since I was a kid I’ve had something of a fascination with trains. Well here’s the ultimate train: one that tears up and then lays down its own tracks. It’s the TRT-909 Track Renewal Train, which made its way by my neighborhood last weekend.

I’d known it was coming based on prior news reports weeks ago. I knew it was actually here when I heard very loud noises coming from the tracks a few blocks from my house on Sunday.

These particular tracks that run through town are part of the corridor that runs between Chicago and St. Louis and is being upgraded to accommodate the forthcoming high-speed Amtrak that will travel the corridor in a few years. (Note that “high speed” is by the lowly standards of Amtrak and not those of the world.)

Anyway, the TRT-909 is an impressive machine. It pulls up and spreads the rails apart, removes the old wooden railroad ties and replaces them with new concrete ties, then puts the rails back down. There are also a dozen or more smaller vehicles/machines that do other work on the tracks before and after the TRT-909 does its thing. I’ve seen other videos online that show this process in more detail, but this video shows the gist of the main part of the job, as well as I could shoot it from my distance of 20 or so yards away. Apologies for the shaky-cam quality; I was kind of far away and had to zoom quite a ways in to get the detail.

That such a machine was conceived and built and can do this is quite an impressive thing. It’s a very specific job, and here they’ve created a very specific engineering marvel.

When it comes to social networking, I’m not very social

Working as I do in online media — both as a career and as a free-time hobby — I naturally have to keep up with what’s hot, what’s trending, where everything is going, how people are using online tools to get and share information, etc., etc.

(Interestingly, the idea of going to websites to seek out the content you want — without getting some sort of reminder — seems almost foreign to me now. I pretty much do all my online reading via RSS feeds, where Google Reader gives me a list of headline links from all my favorite sites that I either choose to click on to read the story, or not.) END_OF_DOCUMENT_TOKEN_TO_BE_REPLACED

Who needs the iPad? Nobody, I’m sure.

The headline pretty much says it all. What is the point of the iPad? I think this may be the perfect example of the consumer product that exists first and foremost to fleece its buyers out of their money. Goal #2: To convince them that it’s great in the absence of these customers having better reasons for living.

Too cynical? Perhaps. Granted, the last thing I should probably do is dare to question the uber-smart-and-savvy Steve Jobs. After all, every high-tech, game-changing, mega-hyped, life-altering, blockbuster piece of techo-wizardry that Apple has released in the past decade has been a slam-bang success, right? END_OF_DOCUMENT_TOKEN_TO_BE_REPLACED