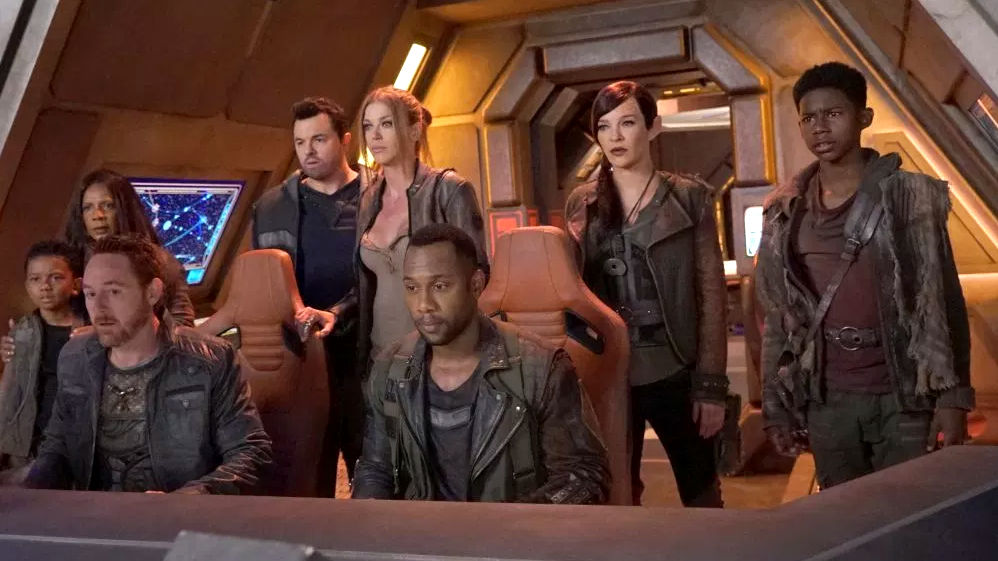 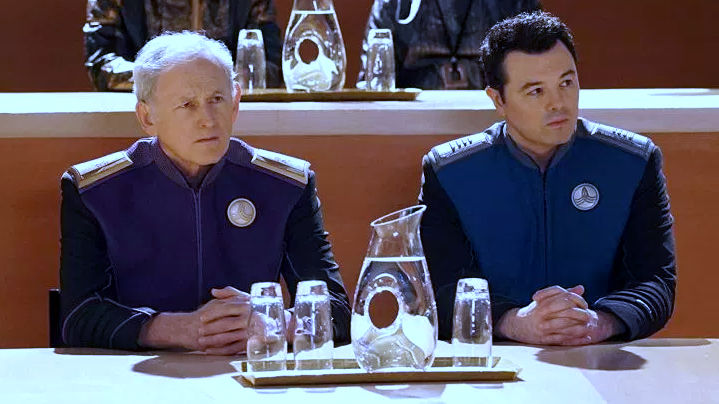 Thanks for the memories

The Orville crew opens a 400-year-old time capsule that was sealed in 2015 in Saratoga Springs, New York, and among the preserved relics is a smartphone, left behind — with all personal data intact — by a young woman. Once reviving the phone and powering it up, the crew discovers a treasure trove documenting a short period of a long-ago life.

“Lasting Impressions” is the sort of story that could likely be sold with a single-sentence pitch (which is the very definition of “high concept,” even though this story does not at all play like one), simply because of how many possibilities the premise opens up. This could’ve gone in any number of directions, documenting any number of fictional lives. That it picks the mundane details of a would-be romance is a testament to the writers’ faith in the concept.

When it comes to bureaucratic decrees that seem to have no moral conviction for protecting its own, the Union really is the worst. Or maybe it’s Admiral Ted Danson who is the worst. First he orders Mercer to leave Grayson and Bortus to rot in an alien concentration camp in "All the World Is Birthday Cake." Now here he asks Mercer to maybe look for a way to send Orrin Channing (Mackenzie Astin), a Union POW who has escaped after 20 years of harsh imprisonment, back into Krill custody in the absence of any sort of extradition agreement, because it might soothe tensions ahead of peace negotiations. (Also, the Orville is sent to broker this agreement, because the Union has no one better. Not promising.)