‘Discovery’ ties it up neatly in the season finale

My one-sentence review of "Coming Home," Discovery‘s fourth-season finale, is as follows: It does all the right Trekkian things, but is predictably and sometimes painfully obvious about it. There’s very little that happens here that was not telegraphed or expected, and that simultaneously speaks to this season’s merits and shortcomings. On balance I consider this pretty average, mostly because it whiffs at being an emotional and visceral payoff (while trying way too hard at that), even as it succeeds in affirming the season’s overall values and mission statements. The substance is fine, even admirable; the execution is … sigh.

On the plus side, this season of Discovery is the most true-to-Trek of the four seasons of this series thus far, highlighting the importance of diplomatic restraint, communication efforts, teamwork, and individual contributions, while warning against the dangers of unchecked aggression and hubris. In the end, the values of Starfleet are affirmed and rewarded, which is exactly the way it should be if you’re going to tell a story that extols the traditional Federation.

Discovery’s first contact with 10-C is an effective arrival 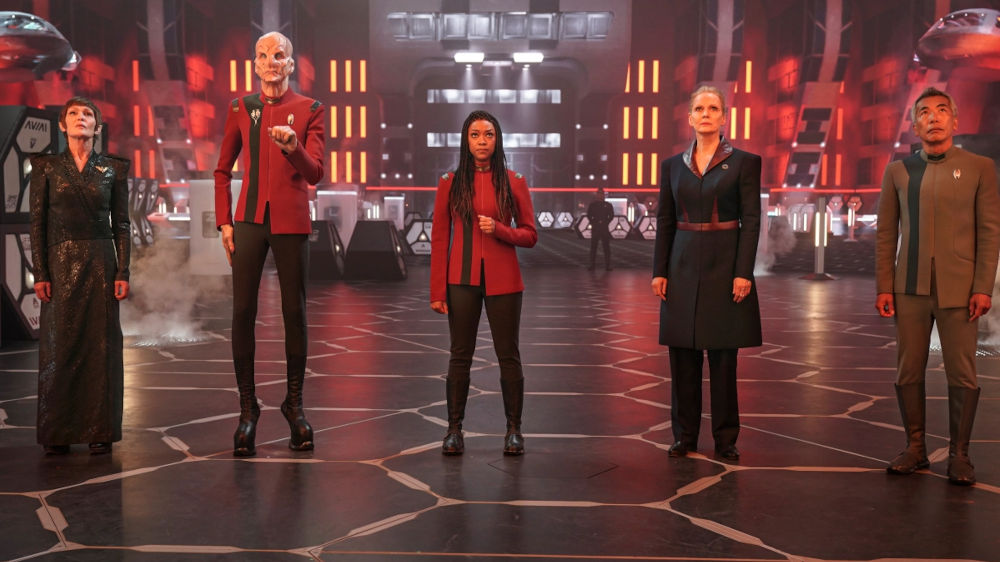 It took a while to get here, and it got a bit tiresome with the padded pace in recent weeks, but we’ve finally reached the destination — the home of unknown Species 10-C. And even though the destination alone can’t make all the stops in the journey along the way worthwhile, this on its own proves to be an effective (partial) payoff that serves as a standout example of well-envisioned Star Trek in its most cerebral science-fiction mode.

We’ve reached Species 10-C’s massive protective hyperfield. What awaits inside is anyone’s guess. The crew sends in some of the DOT drones up to the field. Liquid tentacles pull them in, then pull in the Discovery. We are truly entering the unknown. The crew sends hails. They even attempt to use the chemicals that align with the different types of dust and corresponding emotional states discovered in last week’s "Rosetta." No reply. Either the 10-Cs are ignoring the message or they aren’t receiving it. The crew has no way of knowing which.

Once again, ‘Discovery’ finds all the feels

Discovery, over the last two seasons under showrunner Michelle Paradise, has turned into the Star Trek workplace drama that’s all about not only the respectful workplace, but the respectful workplace where we talk openly about our feelings. I’m all for the first thing, considerably less about the second thing, but that’s just me. It’s interesting to see how the show, which was once a breathless throw-everything-at-the-wall free-for-all sensation-generating action series (albeit sometimes more exciting than what it has become), has gradually developed a kind of overarching guiding philosophy that’s more in line with a Trekkian ethos.

Unfortunately, focusing on these components so unrelentingly makes them lose their impact. I rolled my eyes at the ship being unable to make it through the day without a pep talk in "Stormy Weather," because, yeah, it’s a goddamn starship, and at a certain point I’d like to see people (and computers) get through the day and punch the clock so I can watch some procedural spacefaring professionalism. But at this point, everyone being so emotional and sharing all the time has become this series’ mission statement and biggest cliche. 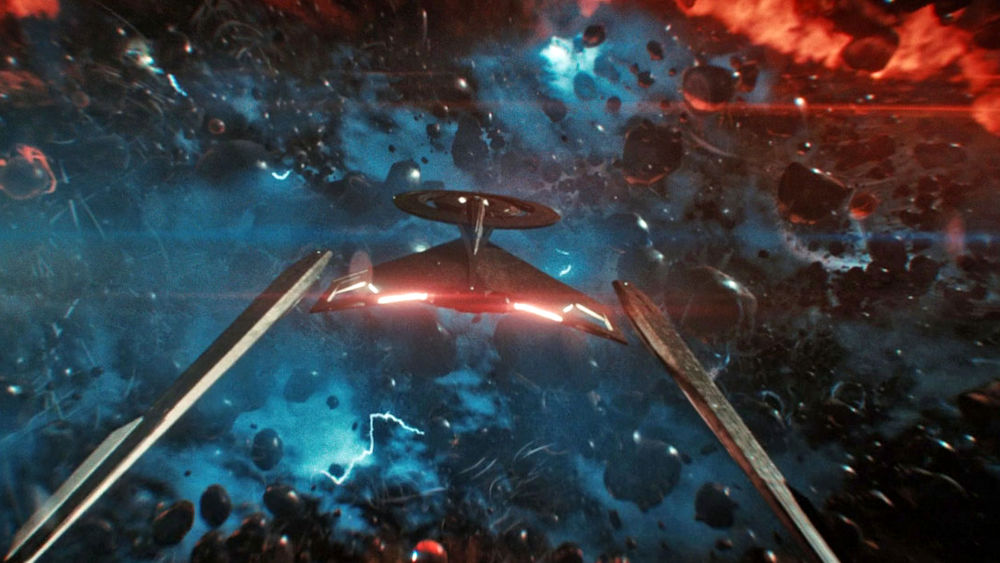 The barrier in "The Galactic Barrier" is an arbitrary technobabble device whose sole purpose is to impede our characters’ progress in getting from A to 10-C. If it were a compelling and interesting technobabble device, I could forgive that, but the fact that this episode feels so dramatically inert makes this a pretty tough sell.

This is a bridge episode between last week’s big development where the isolytic weapon was deployed and a future installment where we get our eventual first contact with 10-C. But when a bridge episode feels specifically like we’re being slowed down because there are too many episodes left in the season to unveil the Big Thing right now, it becomes filler.

Discovery reaches the point of no return

On the whole, "Rubicon" is a well-executed series of cat-and-mouse games between Discovery and Booker/Tarka, with the suspense upped by the parameters of the personal stakes and the ticking clock. Book and Tarka are very close to being ready to deploy the isolytic weapon, and only Discovery now stands in their way.

Burnham has to figure out how to stop them, starting with a hopeful, last-ditch appeal to reason before moving on to potentially deadly force (but first a lot of warning shots). Meanwhile, Stamets attempts to predict the rate of the DMA’s consumption of raw materials in its current region of space, with the logic being the efficiency of the DMA will deplete all available resources before deciding to go somewhere else. If Stamets can provide that estimate, perhaps Burnham can use that information to convince Book to stand down while the first-contact plan is undertaken.